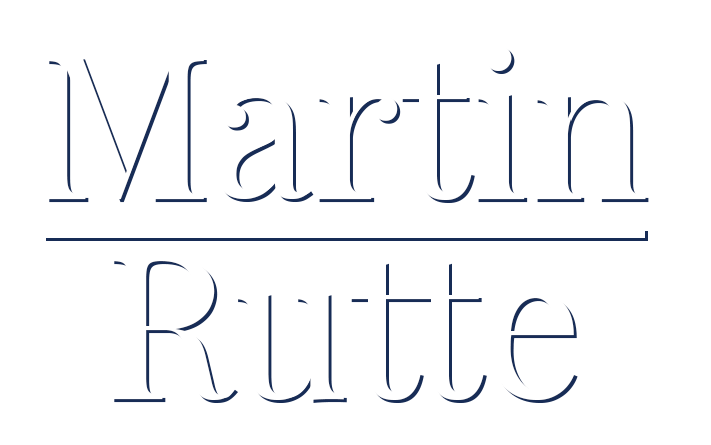 “To call Martin Rutte a visionary is an understatement, because he is able to build visions into reality.”

A team sets 26 “Breakthrough Objectives” to be achieved within 24 months.

They achieve every single objective in less time.

A major consumer products company has been very successful in its national market for years. They decide its time to go to “the next level.”

As a result of strategic visioning, they move into the global market.

An entire management team visits one of their highest volume clients with whom there have been long and unresolved service issues.

A president of a start-up company wants an on-going “pipeline” of nine successful products at all times because “every other major successful company in the industry has nine.”

He suddenly sees his limiting belief and sets the number significantly higher.

My consulting service helps the executive or manager improve performance by having the company examine three simple, yet profound, issues –

Where do you want to be?

What will take you there?

I offer the management team an opportunity to take a reflective time-out, in order to take stock of your current condition, your vision and your key strategic objectives.

My focus is on the process of building a plan, committed to by both head and heart, in order to manifest the next phase of your business’s potential.

Sometimes, managers are reluctant to take time out to engage in this process because of the everyday pressures of running a business. But you can get trapped by that attitude, trapped by the day to day – trapped into the same thinking that got you here but won’t get you to the next stage of growth. It’s the trap of yesterday and today, instead of the open field of tomorrow’s vision and potential.

I invite you to consider my in-depth process

I meet with each individual member of the team for a minimum half-day interview. This discussion clarifies thoughts, perceptions and ideas in the following three areas, for both the individual’s own area of responsibility as well as for the company as a whole.

All comments from the individual meetings are confidential. Each participant sees only their own notes, encouraging a safe atmosphere in the interviews. People can freely explore and clarify their own thinking without worrying about saying what they think they should, conforming or coming up with immediate answers. During the interview, participants explore new, innovative and productive ideas.

A summary of the interview is then organized, printed and returned to each person for them to review and clarify in preparation for Phase 2.

Team members then participate in a 3-day Offsite. The mornings and afternoons are dedicated to working sessions. The evenings are devoted to team building through group activities.

During the morning session, each person shares their perceptions about the day’s topic, using the notes from their individual interviews. There is no group discussion or commenting during each of these presentations, so the meeting moves along quickly and efficiently.

After everyone has spoken, we continue with group discussion. This is a time for debate, clarification, new insights, and deep understanding. We begin working as a team, using the emerging “Collective Wisdom” as our foundation. The individual presentations and group interaction help us discover the new common themes.

During the evening session, the group engages in a fun and creative activity designed to foster individual expression and team building.

Two days of Follow Up sessions are scheduled to ensure that every issue raised at the Offsite has been assigned a champion and a time-line for accomplishment. Any other un-resolved issues are also addressed. Overall progress is measured.

From the individual interview and group Offsite, participants leave with:

My promise to you is that this process will exceed your expectations and that we will together build a stronger foundation for the future of your company.

Take Me to the Next Level!

Some of Martin’s Clients Include… 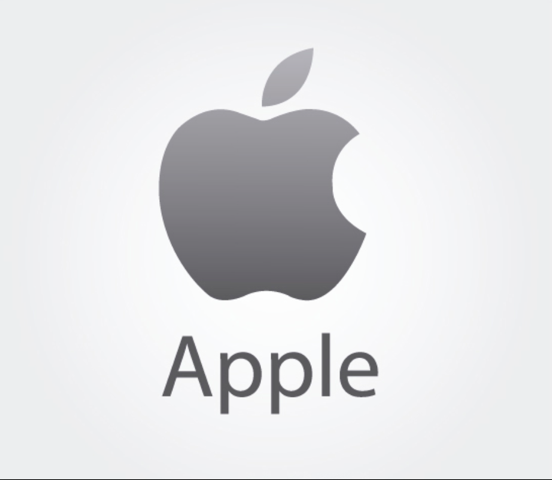 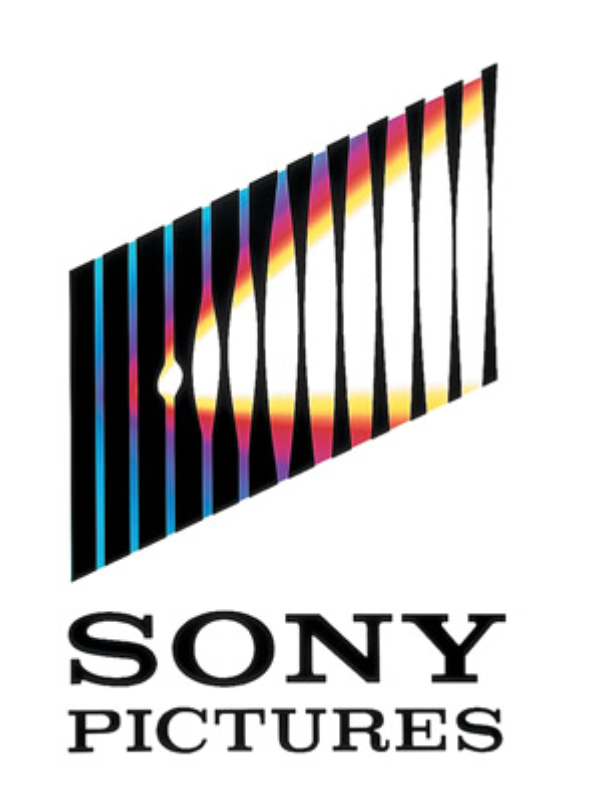 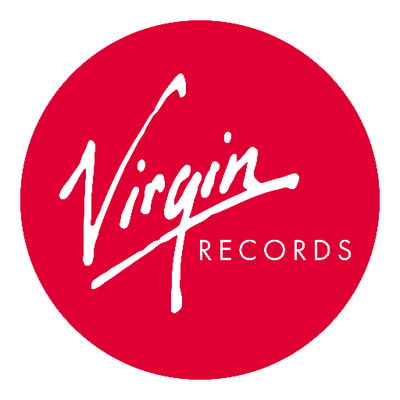 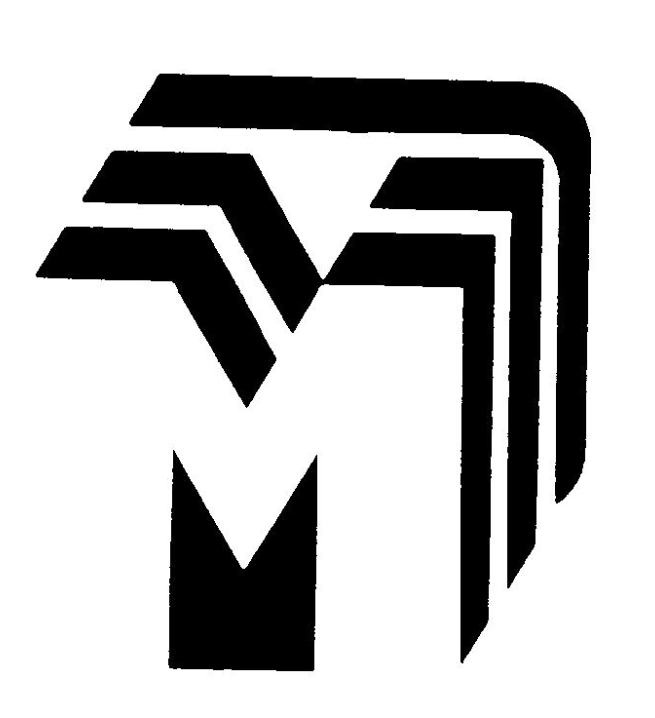 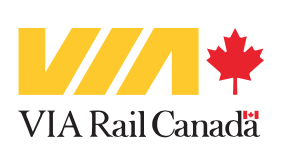 Ready to take your organization to the next level?

“Martin’s penetrating insights as a speaker and consultant are solidly grounded in personal experience, not theory. It’s been six months since his last engagement here, and people still rave about Martin’s positive impact.”

“Martin’s presentation uplifted our souls! He walks his talk, he lives his message.”

“Outstanding presentation…the interactive process was extremely effective. You succeeded in getting the participants to think in broader terms about their professional and personal goals. Congratulations! Many told us your seminar was the best presented by any organization on campus.”

Martin Rutte is an international speaker and consultant committed to reconnecting business with its natural source of creativity, innovation and genius. He presents keynote addresses and facilitates dynamic workshops, seminars and corporate retreats. Martin will customize his presentation for your organization. 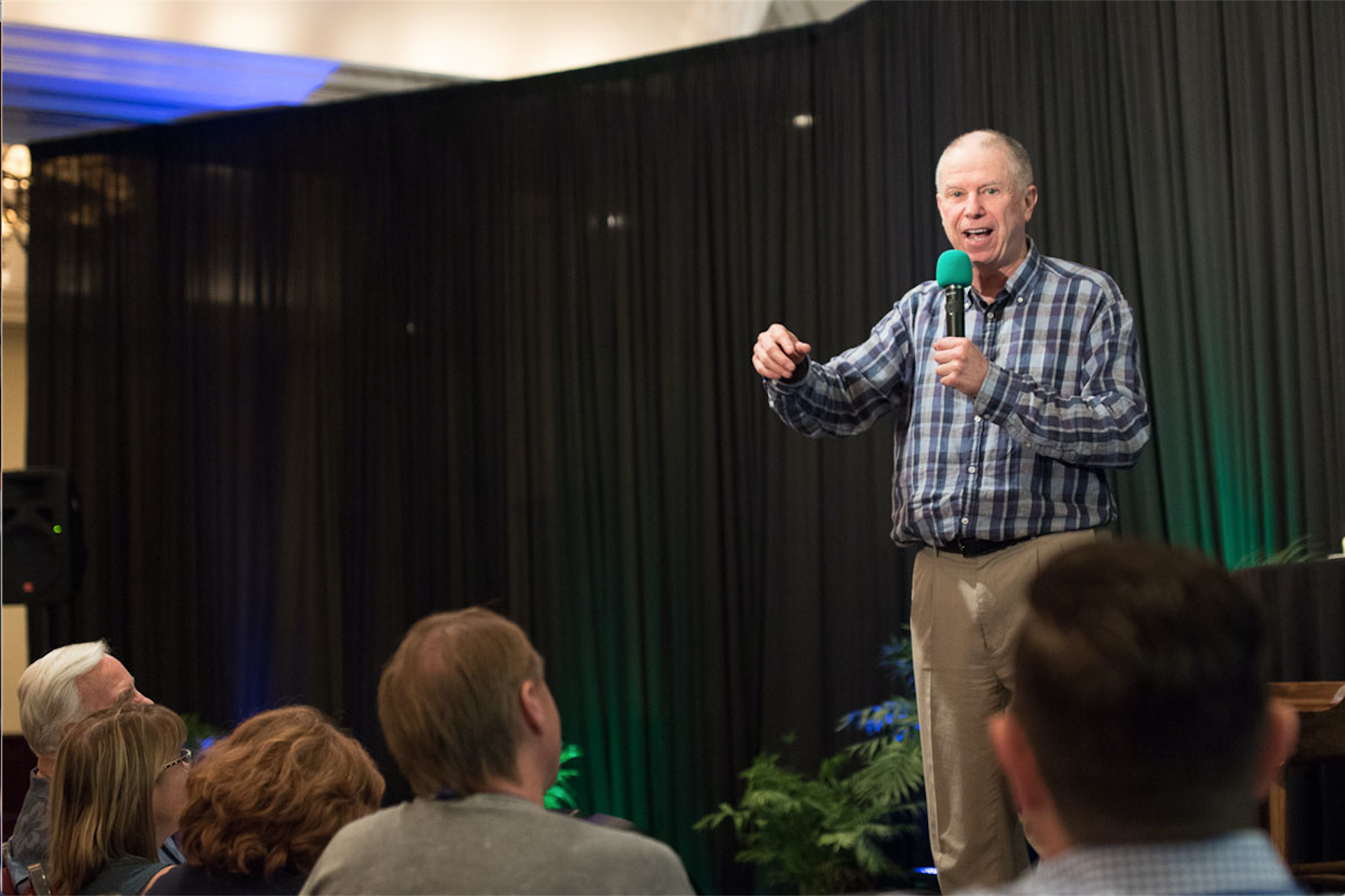 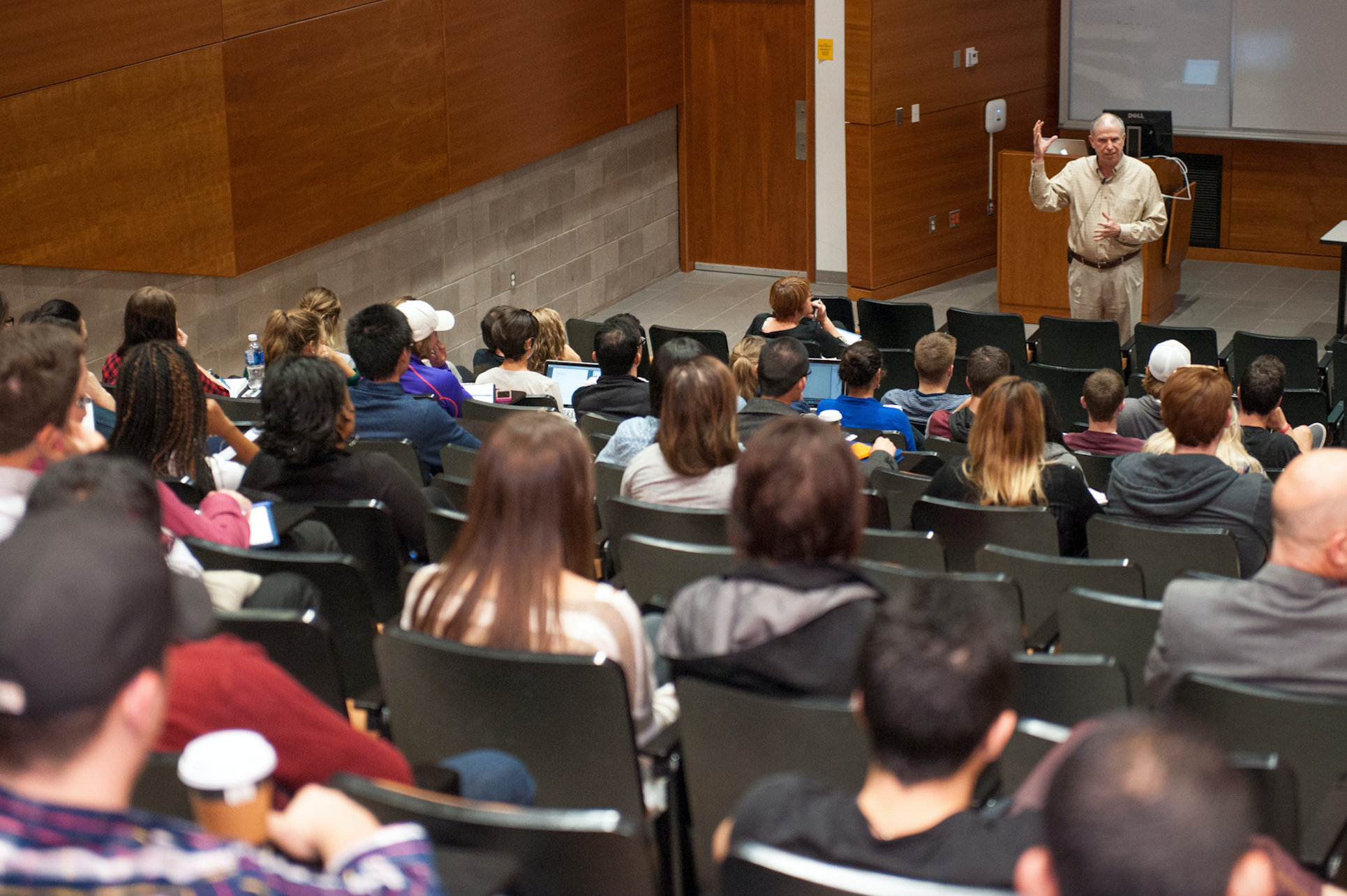 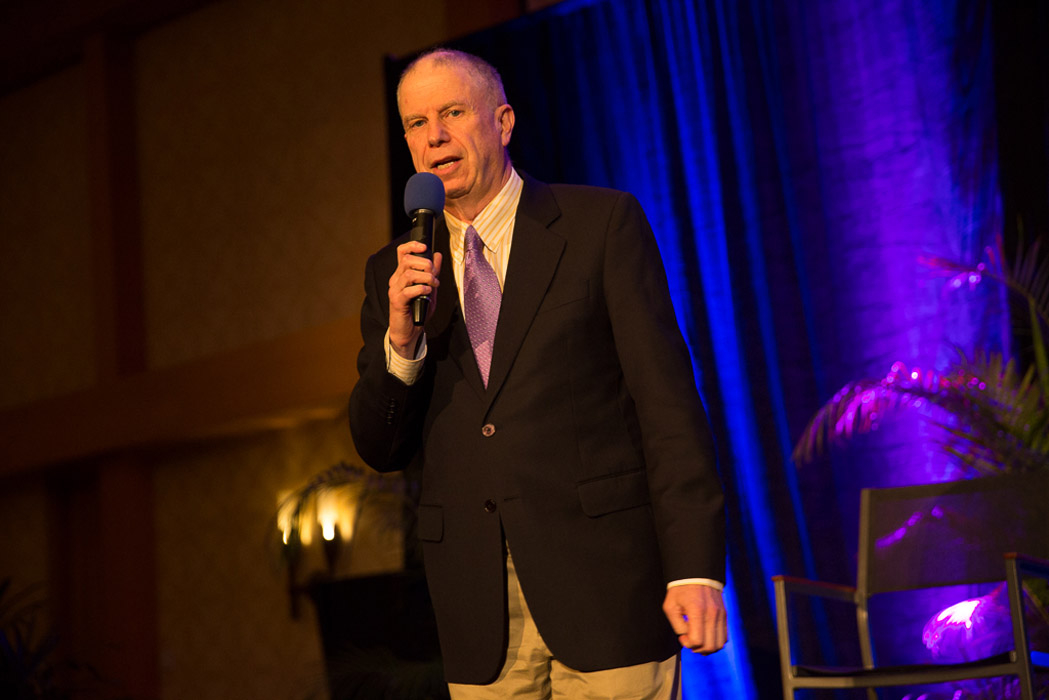 Martin has spoken to many companies and groups

across the continent and around the world.

Martin has spoken to many companies and groups across the continent and around the world. 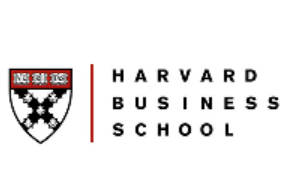 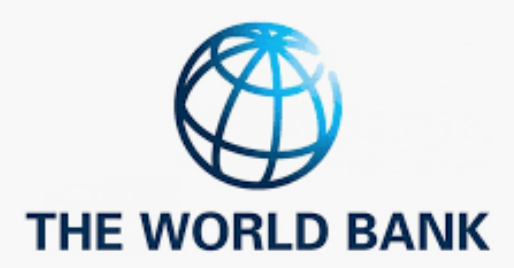 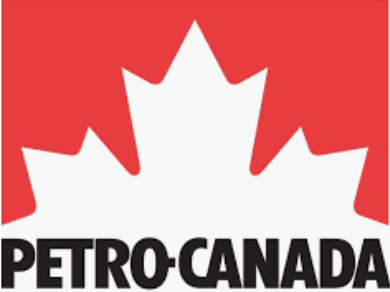 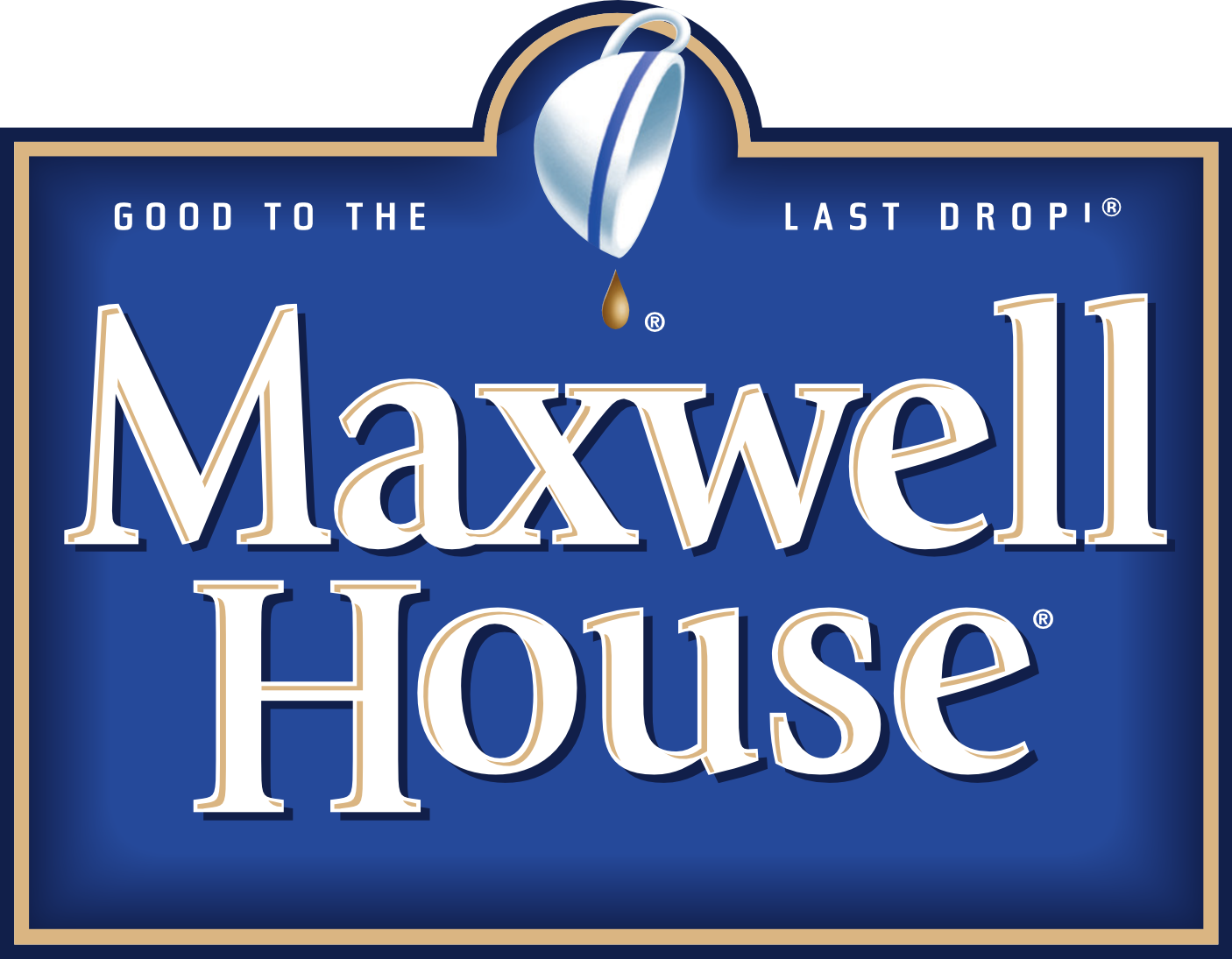 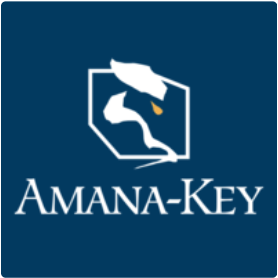 Got an Upcoming Event?

Chicken Soup Groups are a natural and effective way to bring the power of storytelling into your workplace. By coming together, we share ourselves, our insights, our struggles and our triumphs, resulting in an increased sense of unity, models of positive change, and enhanced creativity. It’s a fun and powerful time for participants.

Sessions usually last 2 hours and begin with a discussion of the “Chicken Soup” phenomenon, the origin of the books, and their impact on society. Then we look at current trends in the workplace and the need to re-inspirit employees. Next, we share stories from Chicken Soup to encourage discussion about: values, problems, challenges and new solutions in the current work environment. Participants also share their own stories, giving rise to insights and creative ideas. Action commitments are then made to increase both results and satisfaction.

There is a real need in the workplace for people’s hearts to be touched and for their souls to be nourished. Contact Martin Rutte to facilitate a Chicken Soup Group in your workplace. 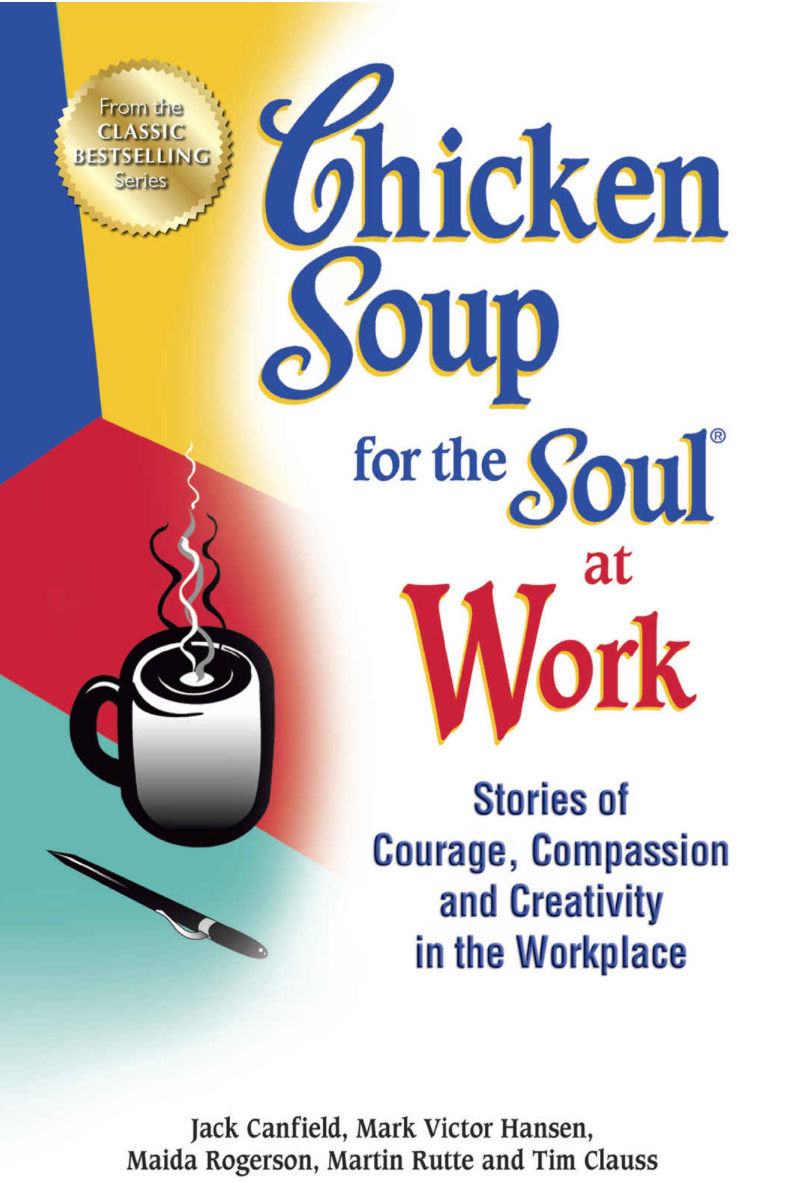 Chicken Soup Groups Have Been A Big Hit At… 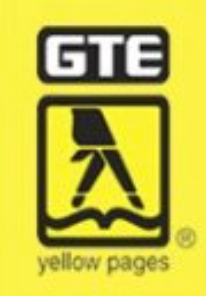 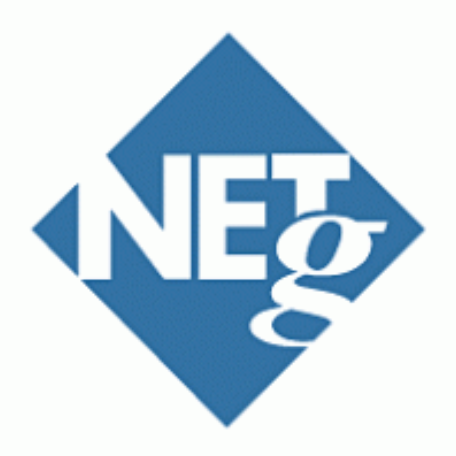 1 – Recall a time when you experienced Heaven on Earth. What was happening?

3 – What simple, easy, concrete step(s) will you take in the next 24 hours to make Heaven on Earth real?

These three questions are the launching pad for a whole new way of thinking; The story we’ve been living so far is based on being separate and having others be different than us. It has to do with suffering, with fear and judgment, with thinking that we are not able to make a true, profound, deep and lasting difference so that we begin having the kind of world we want.

I believe it’s time for us to create a new model of existence, a new collective purpose for ourselves.  Ultimately, as my friend Richard Porter says, “It’s because Heaven on Earth is our destiny.”

An initial doubter begins shifting his view from skepticism to possibility-
to the realization that Heaven on Earth might just be something of value to humanity.

Is Your Interest Piqued?

Read more about the project, Martin’s mission, and how Project Heaven on Earth is being implemented across the globe.
Learn More About Project Heaven On Earth 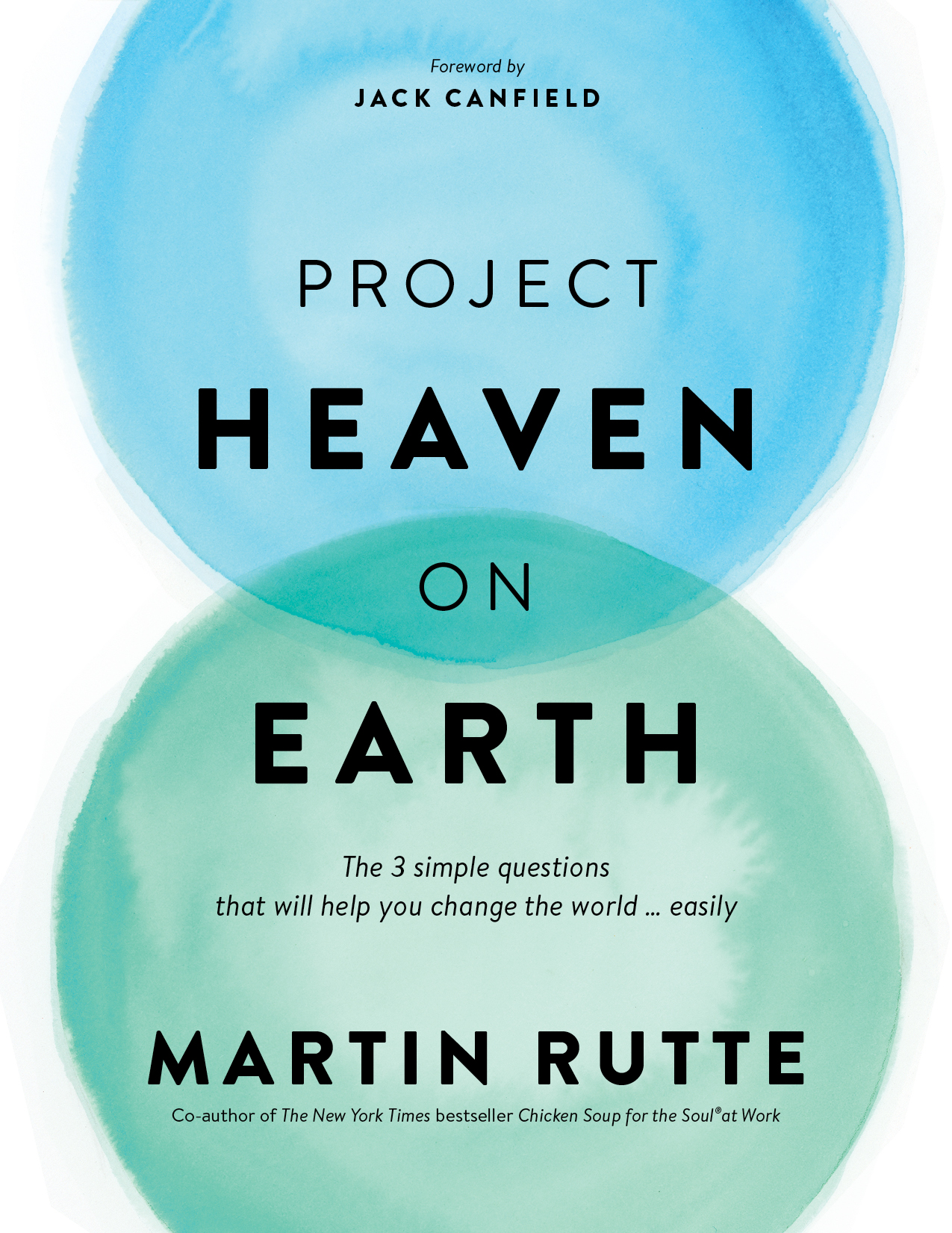 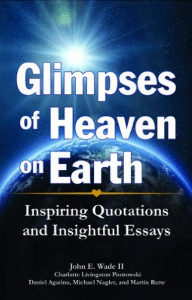 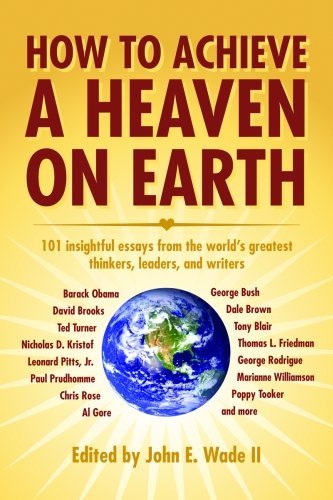 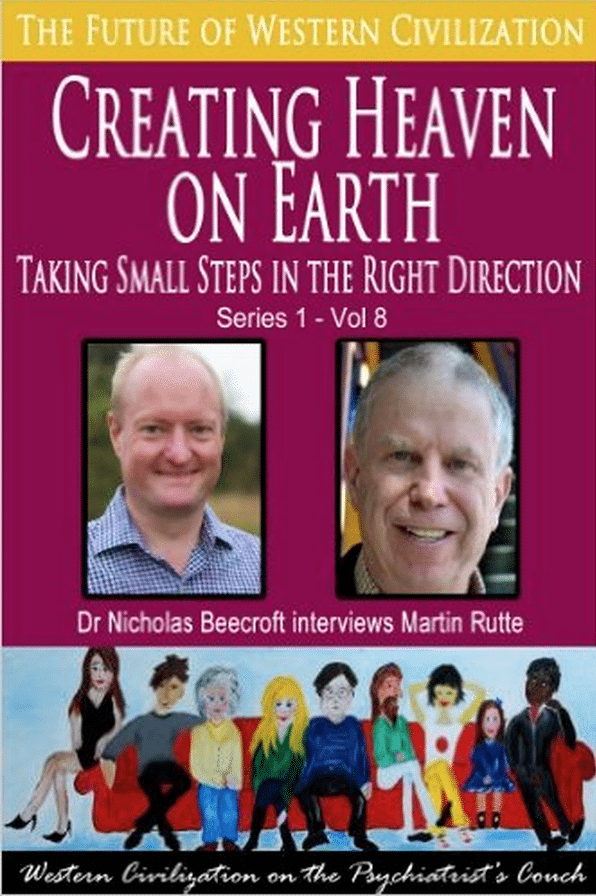 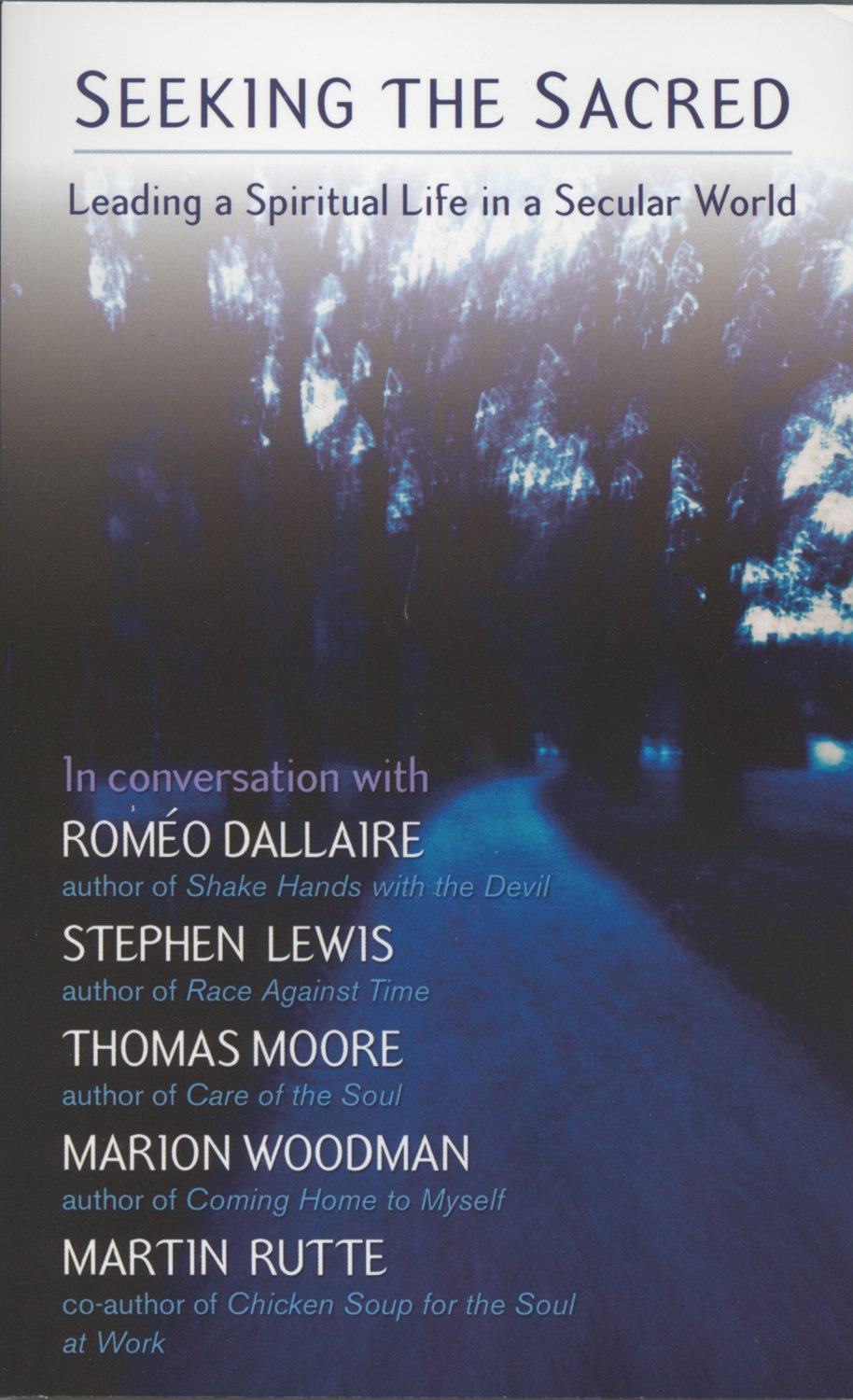 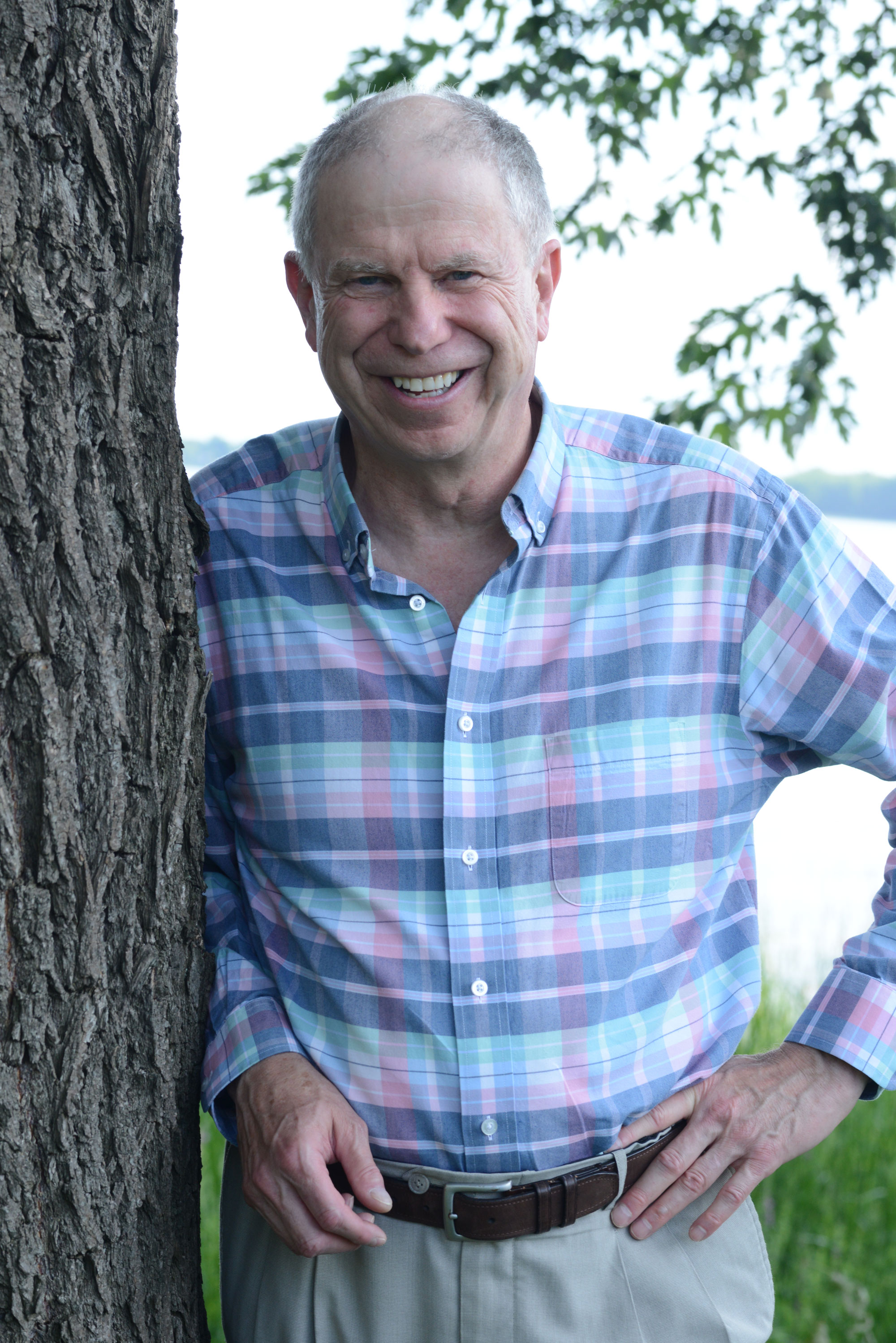 Martin has worked with many corporations assisting them to expand their outlook and position themselves for the future: Sony Pictures Entertainment, Southern California Edison, Virgin Records, Apple Computer, Marion Merrell Dow, and The World Bank. In Canada: Esso Petroleum, London Life Insurance and Labatt Breweries.

He addressed the Corporate Leadership & Ethics Forum of the Harvard Business School and returned for four years as keynote speaker. He has also twice addressed joint meetings of the American and Canadian Chambers of Commerce in Hong Kong.

He is co-author of The New York Times Business Bestseller, Chicken Soup for the Soul at Work, with sales over 1.1 million copies and translations into 24 languages.

Martin’s pioneering work on spirituality in the workplace was featured in an address he gave to The World Bank which was shown in part on the ABC-TV special, Creativity: Touching the Divine. He was a keynote speaker at all six international conferences on spirituality in business in Mexico. Martin was also Co-Founder and Chair of the Board of the Centre for Spirituality and the Workplace, Sobey School of Business, Saint Mary’s University, Halifax, Canada.

Articles on his innovative work have appeared in: The New York Times, The Miami Herald, The Wall Street Journal, South China Morning Post, Personnel Journal, US News and World Report, The Toronto Star and The Boston Globe.

Martin has served as a board member of Money Concepts Canada, Global Family, The Hunger Project Canada, and as a committee member of The Canadian Cancer Society. Martin is also a member of The Transformational Leadership Council and was a recipient of the ‘Excellence in Leadership’ award. He has been happily married to Maida for over 45 years. 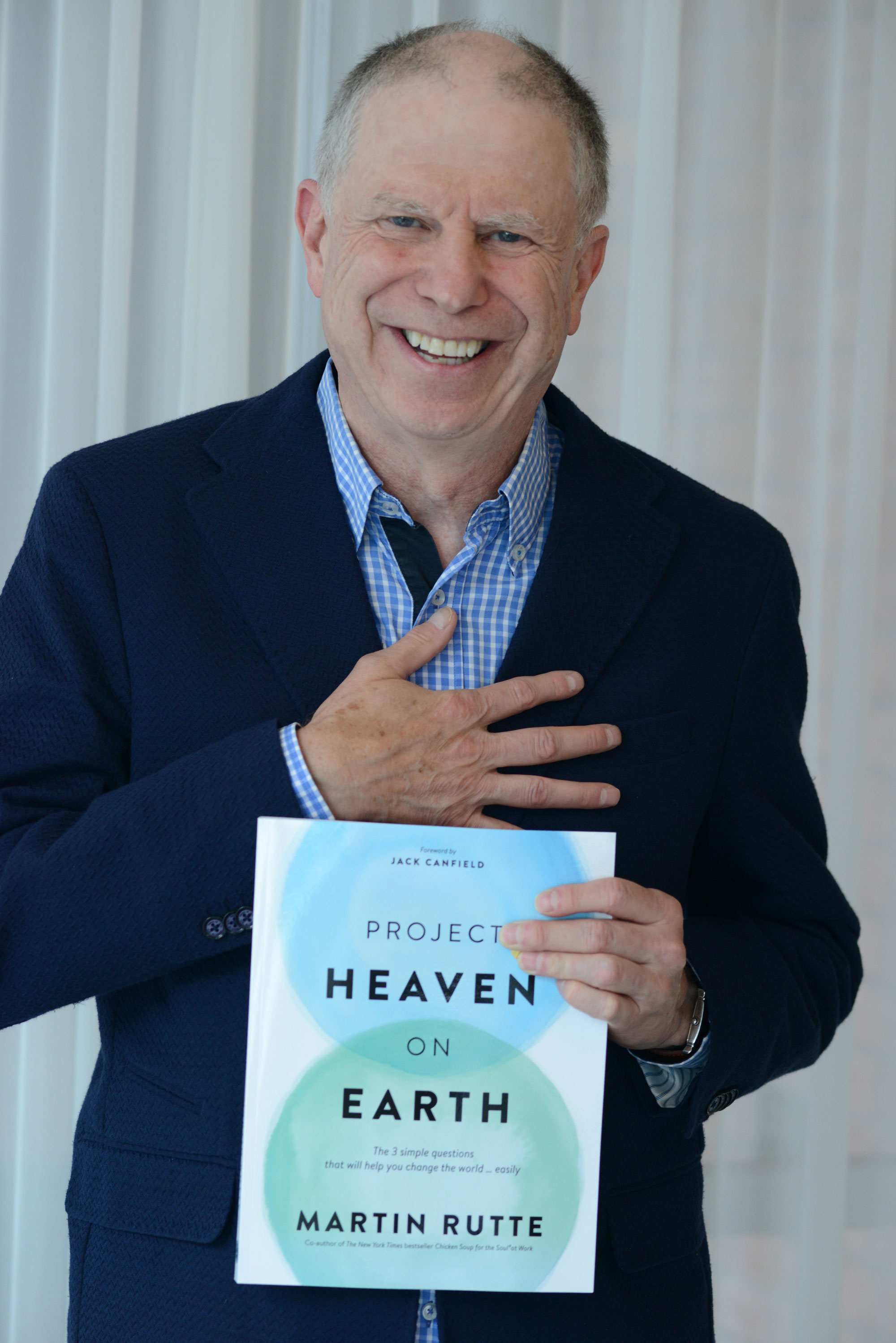